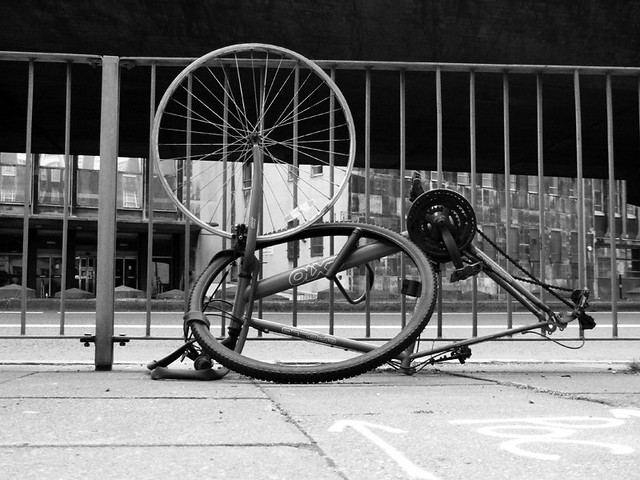 I’ve been running a student Book Club here for the past 8 years …. and this year the wheels fell off …. so I’ve put it into a wee hiatus while I ponder and reflect on what has worked in the past, why it has become somewhat unwieldy and how I want it to “rise from the ashes” in 2013.

The Hargest Book Club started in May 2005  and had 17 students come along to that first meeting.  By the end of 2005 we had grown to 24 students, with 12 of them being regular weekly attenders.  I was a happy librarian.  We were feeling our way and finding our feet.

During the ensuing years I’ve experimented with a range of activities and approaches.  We instigated a shared lunch at the end of each term, which the students loved and when numbers got too large to do this, we instigated our Hargest Library Xmas Party, which we held after school had finished for the year and stock-taking had been completed.  We sent out lovely invitations and after the first year we also included our team of 30-strong student librarians.

These parties proved very popular, and were a lovely way to end the school year. (even though Lisa and I were often exhausted and questioned our state of mind at the time of planning it!)  We just ordered pizza, provided Xmas nibbles and played Xmas carols.  We played games such as First Lines, where students had to match the title of a book to the first line from the book; Literary Hats, where they were given a party hat on arrival which had the name of an author on it and they had to ask the other students questions to work out who they were; we gave them the opportunity to select  summer holiday reading and one year we saved up books we’d weeded from our fiction collection and let them take what they wanted. The last two years, students asked to bring some games along to play and Twister  became an hilarious but firm favourite.

It is very difficult to get them all to go home!  One year my then eight year old (he’s now about to turn 11) who of course had to attend the Xmas Party (after all, I was technically on holiday!!) had a lovely time as the stayers sat round in our reading room taking turns to read a picture book out loud to him, complete with voices and gestures to fit the story.  They the proceeded to sing him happy birthday (even though his birthday isn’t until January.)  It was a sight that did this librarian mother’s heart proud.

I had a core group of Book-clubbers who had stumbled into book club after one of their gang suggested it when they were newly Year 11 students.  They referred to themselves as the “Nerd Herd” and were a bunch of bright, eclectic teenagers who were articulate and well-read.  This lot moved onto university  after finishing at Hargest last year and with virtually no Year 12 students, it left a big hole … with me too, though I’m pleased to report that they come in to visit whenever they’re home on holidays, usually with a Starbucks coffee in hand for me and we’re planning on a “Nerd Herd” reunion luncheon at the conclusion of their end of year exams when they’re all home for the summer.

Some of our book-club lovelies from 2007 in their Library OWL T-Shirts with Owly, our library mascot.

We had occasional visitors join us for Book-club.  Some talked to us about the books they have written, some came and read to us, but mostly we remained a social group where we chatted about the books we love to read, recommended our favourites to each other and enjoyed the feeling of belonging in our little group. However, our “little group” didn’t stay little for long.  Numbers continued to grow each year, until finally it reached a reasonably unmanageable 55 members in 2011 (we can only comfortably fit about half that number in our library classroom and we would regularly have 35+ attending each week).  Something had to give!  And I preferred it wasn’t my sanity!

I’d tried a couple of different approaches to combating the size issue.  Three years ago I even tried having a separate junior and senior book-club, but it changed the dynamics of the group so much that there was rebellion in the ranks, and we reverted to the status quo.

Some of my challenges have resulted from those benefits. The level of ease and camaraderie within the group, coupled with the large numbers attending eventually tipped it over into chaos. They became so chatty and casual that even after gentle and finally not-so-gentle reminders of respecting everyone in the group and listening politely while someone else was speaking or giving a book review, their behaviour didn’t improve. Also our school day changed about four years ago to only one period after lunch. This also meant a longer interval and a shorter lunch break which resulted in not enough time to do anything meaningful with the group.  These challenges, coupled with busyness-syndrome and Book-club fatigue resulted in me calling a halt to our regular weekly meetings at the end of last term.

The dust has begun to settle somewhat and I’ve appreciated a little distance from the issue (and to be honest, the students!).  Enough to have been starting to think “Where to from here?”

So some of my musings around what the new and improved Hargest Book Club might look like?

First things first …. I plan to be more organised! I am a huge fan of Suzette Boyd and I’m totally in awe of what she has created in terms of library services at Scotch College.  At Scotch they have a Literature Club for their boys and they have posters made to promote what’s happening at their gatherings each term. Check out what they’ve got happening for the boys this term. They have some very cool ideas.

I’m considering meeting less frequently.  I’m thinking once a fortnight might work better.  Alternatively, I might be able to find a reliable 2013 Year 13 student from my library team to help organise and run Book-club next year.

I’m very conscious of not creating more work for myself as the time factor is a biggie, but on reflection, Book-club has become an institution here at Hargest and it’s up to me to find the right wheel to fit this buggy!

And a well-travelled mascot he is too!  Owly went with Lisa, my wonderful team-mate here in the Hargest Library, on her overseas trip to the UK last year.  We will make sure he travels to other places too during this year so we can run a competition at the beginning of next year where students have to guess where Owly went on his holidays.